SQL instance unreachable - how to troubleshoot

Hello,
i keep having this recurring SQL instance unreachable problem popping up and i have no idea how to troubleshoot it.
The client is using SQL Redgate monitor.

Event viewer is giving me the following: 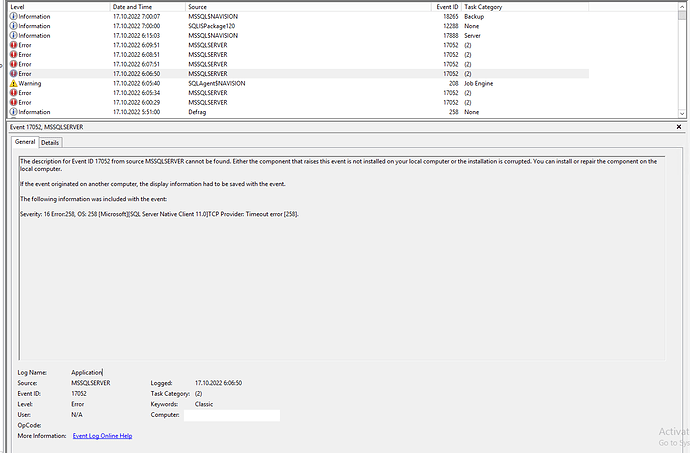 Does anybody have any idea how to get to the bottom of the issue?

i keep having this recurring SQL instance unreachable problem popping up

How is this issue manifesting itself? from ssms or from your application ?

Hey, i'll try to be as detailed as i can.
So we have SQL on server1 and Redgate SQL monitor on server2. We keep getting a lot of SQL server instance unreachable event in the monitor, coincidentally most of the time they are coupled with a monitoring error aswell. Screenshot below:

This has initially led me to believe that this is more of a monitoring issue, i.e. a connection problem between sql and the monitoring software. The reason being that if it was a purely SQL error the only error i reckon i'd be getting is the "SQL Server instance unreachable" warning, but the fact that it is coupled with a "monitoring Error" makes me believe otherwise and that the SQL is running normally, just the app that is losing connectivity and thus generating errors.
However, checking the event viewer logs on SQL yields the following:
Screenshot 1 post down
A lof of notifications about WMI adapter entering the stopped/running state and:
Screenshot 2 posts down

So something does appear to be going on with the SQL itself.
The servers are both VM's hosted on the same HyperV (not 100% sure on this as this is not running on my environment). 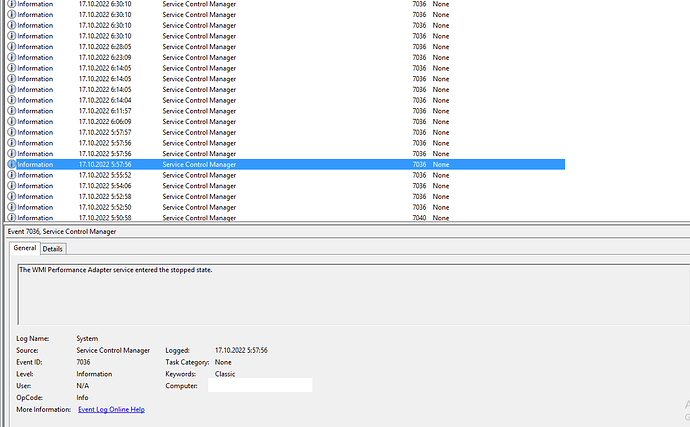