I can either get: all the pairs on both days, or only one on both days. I guess the issue is I can't really group by anything. I can't group by the date because that will just get me the min time on ONE pair that day. But I can't really think on what else I could group it by. Also, it could cross over midnight, so a pair could span two days. 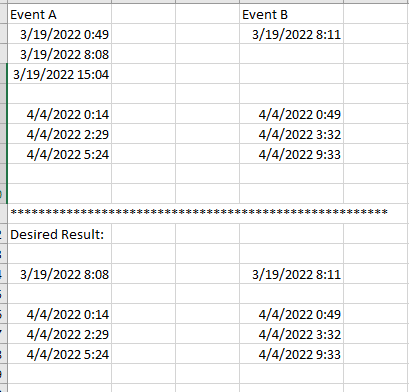 Oh sorry about the data.

Your code gets me one pair PER day : Part A

if I comment out where row_num = 1 then I get all three for EACH day : Part B

The issue is you can have one pair per day, none per day, or many per day. Also, like I mentioned, it's not even really by day, since you can cross midnight.
3/19 should have only one pair, but 4/4 should have three pairs. I'm not looking for the shortest pair PER DAY. I'm looking basically for the the pairs with the shortest distance, and then move on to the NEXT closest pair. That's what makes it tricky.

Basically start with an alarm, look for the closest response, then it's a pair. If there another alarm later than the first that's closer to the response, that's the pair. Maybe more of a cursor thing? 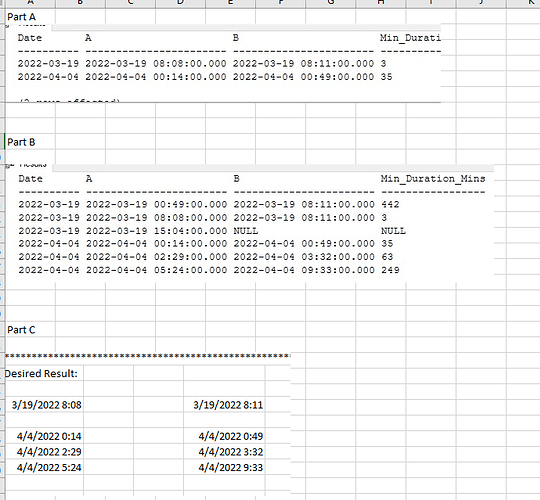 You don't really need a cursor, although of course you could use one if you wanted to.

If there's a lot of data, you will need appropriate indexes to speed up the query.

I didn't think of approaching it that way. That should work, thanks